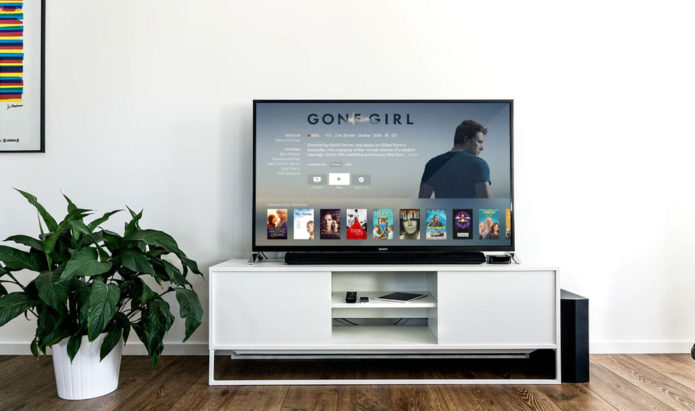 Winning the streaming wars with nostalgia.

If you were, hypothetically speaking, an 80’s kid who slipped into a coma and woke up today you’d be fascinated and disappointed all in one breath. Some of our wildest tech dreams inspired by our most loved 80’s shows have become an everyday reality, while others haven’t yet made the cut. Let’s just take one example. Knight Rider.

The show kicked off with a silhouette of a black Transam car with a glowing light on its hood racing towards you. A deep gravelly voice proclaiming – “Knight Rider! A shadowy flight into the dangerous world of a man who does not exist. Michael Knight: a young loner on a crusade to champion the cause of the innocent, the helpless, the powerless, in a world of criminals who operate above the law.” If those lines don’t give you goose bumps, you probably had a childhood that didn’t include the thrill ride of a tv serial featuring a car that talks and drives itself. A show filled with tech thrills like watches you can talk into, to talk to your car, electric cars and more. While we might not have the kind of vigilante justice on our streets, today Elon Musk has brought the dream of a self-driving car alive at Tesla. While companies like Mercedes-Benz and BMW have given our automobiles voices with voice assistants built into their rides. And Apple’s iWatch today does more than what Michael Knight’s watch does. If you were an 80’s kids it’s not a stretch of imagination to feel that you’ve driving home the four-wheel protagonist, KITT into your driveway. Just ironically, it’s going to have to be a German flavour. In fact, we have grown so accustomed to the likes of Siri, Cortana and Alexa that we forget that we’ve been telling tales of talking to our computers since the 80’s and 90’s. Today we’re busy taking what once thrilled on the silver screen as science fiction and “making it so”.

The flavour of tele today

But I digress. Let’s get back to our hypothetical coma patient and in fact every 80’s kid that’s grown up today. What’s on the telly has changed drastically in the years that have followed. Sure we’ve become masters in the make believe now, with all the visual effects and computer graphics that are in our arsenal. Yet there is something missing in the average television tale you come across. While all the genres are covered and quite a few new ones have popped up, there just isn’t the kind of quality ‘feel good’ content that you could indulge yourself in during the 80’s and you could watch with anyone in the family. Which if you think of it, the lack of such programmes at a time when there are so many ways to consume television content is strange. Don’t get me wrong, I am not just talking about the comedy genre. Largely it seems over the years the silver screen has traded its ‘Happy Days’ glow for a too familiar darker vibe, in trying to be more real. No ‘small wonder’ this. If you got out of a coma some of the stuff you could watch on TV may just make you to go back into one!

It’s obvious that the latest streaming wars has fuelled a new war for original content and continuing story lines that tempt customers to sign up for life-long subscriptions. But there’s only so much new content that can be produced by these film machines.  One obvious attempt to fix this is reworking pop classics into modernized relaunches. Trying to harness the best of an old formula and making it better with a contemporary outlook and cast to match. A potent formula to win new audiences and to tempt those who grew up seeing ‘the originals’ to rekindle their fan affairs. Some examples are of course Macgyver, SWAT, Hawai Five-O, Magnum PI and even Knight Rider has been remade with mixed success. There is even rumour of a new Highlander series in the making. What I really hope someone will take up is Airwolf.

But re-making 80’s serials just make a certain chunk of the audience hanker for those gems of old and cringe at these new kids on the block. There can be only one Remington Steele or Perry Mason, do I dare say. And streaming companies know this. There is now an all-out war to snap up content of yester year that was otherwise past its shelf life, much like the movie rental chain Blockbuster. I am sure tucked deep in the halls of companies like Netflix, Amazon Prime, Disney and the numerous other streaming portals out there is a small army of 80’s curators who are dumpster diving into reams of film to mine gems that they can re-master into HD and stream to the public. Which poses an interesting question. Will the studios that own such content be quick enough in investing in their own streaming service as a distribution format? Or will they just sell out to existing online streaming services? Disney for example is probably now hoarding all its content of yester year to upload it into its new streaming service. And they probably have a ton of it.

The clash of streaming Titans

The two streaming services at the fore are notably Netflix and Amazon Prime. Now I subscribe for the latter primarily because it tends to be so much more cost effective. So I can’t really comment about Netflix. Amazon Prime is amassing quite a good collection of 80s popular movies, remastered in HD and 4K. Though to be frank something about the re-colouring of the movie Top Gun was just off. The print I had on VHS had much better colours. In India Amazon Prime is focussing on getting a lot of regional content to supplement its ‘Prime Originals’ content which has been created solely for the platform. While the regional content is of no interest to me, I must say that Amazon Prime has some good exclusive content. Including the likes of Jack Reacher, Absentia and several good documentaries.

Yet there is only so much new content that appeals. Which is where old movies and tv serials fill an important gap. Re-watching the likes of Yes Minister and Yes Prime Minister at the time of Brexit is still a laugh. Mr Bean is somehow timeless. Even the shows that are recent but due to ratings were relegated to one season wonders offering excellent entertainment. Like Time after Time.  But Netflix also has its bases covered with a growing collection. If you’re interested in science fiction like I am, I spied all the old sci-fi Star Trek classics in its library. Amazon Prime on the other hand has all the latest Doctor Who.

What I would love to see some British serials of the 80’s and especially the crime dramas that they had make its way to Amazon Prime. And perhaps they can also get hold of the older BBC sci-fi classics like the original Doctor Who serials. In fact, I wouldn’t be surprised that moving forward if we had streaming services that specialised in a genre or period film. Think about it for a minute. A streaming service where you can watch every war movie ever made or crime drama. A mechanic that surely appeals to the ‘long tail’ dynamic of the internet.

Streaming success from the past

But a streaming service that is just dedicated to showcasing old serials of the 80’s and film from way before that could be a hit in itself. This was once the realm of the tv channel TNT. Whose demise has be sorely missed for years here in India.  But while TNT was restricted to movies and cartoon network some old classic cartoons a streaming service could transport you back to a Sunday in the 80’s or 90’s. And there is so much great content to be re-watched again. We should also not forget that there is definitely a large audience of senior citizens who are a ripe audience who cherish this content and who have access to savings and helped on by a younger audience that will go the extra mile to sign them up for streaming services that provide access to these shows.

If you’re interested in the streaming wars and what it means I highly recommended reading this article from the New York Times here. It’s full of juicy facts and paints a picture of what exactly streaming wars are like today. Like the hit serial Friends is still worth $100 million to Netflix secure exclusive streaming rights. Old is truly gold.