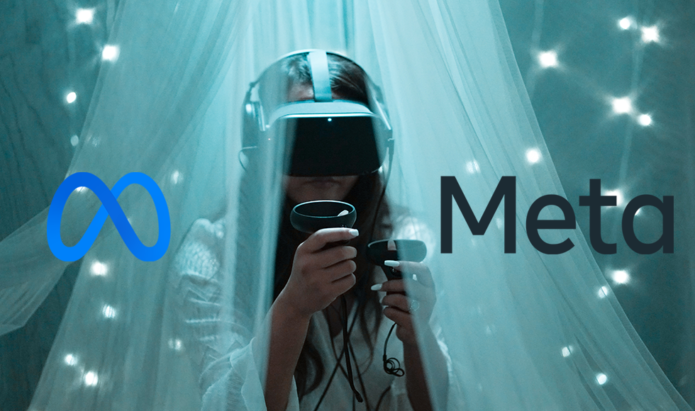 Everyone has been talking about the Facebook rebranding story lately. And the embarrassing stumble they had when they found that they didn’t own the trademark of their fresh new brand name – Meta. So, was this massive rebranding exercise in establishing an overarching holding company for its sub-brands akin to Google’s Alphabet just a ploy to get us to stop talking about the Facebook Whistleblower – Frances Haugen and her story? Or was there something more to it? This was certainly in the pipeline, its just the timing that is questionable.

I remember reading somewhere that Mark Zuckerburg’s ambition was to equate Facebook one day with the internet. To encompass everything that the internet has to offer under the umbrella of his platform. If you pause to look at it today, from a purely functional viewpoint he has managed to do quite a bit of this. Facebook has become part and parcel of most of our lives when it comes to sharing family announcements or interesting titbits found across the internet. Facebook messenger encourages that water-cooler talk moment when you spy your friends on the platform – probably procrastinating just like you. Yet, there is so much more.

How many of us know that you can buy and sell things to your local community on Facebook Marketplace? That there are features for blood donation drives, Climate Science, Fundraisers and so many more? The truth is majority of the people who use Facebook, don’t know that they exist and even if they did, they don’t really care. It’s not what they come to Facebook for.

The one thing that made Facebook so popular, is ironically why people don’t use the rest of the site. The timeline. But with growing concerns of privacy and people having way too many ‘friends’ (that they really can’t keep track off) people have slowly weaned themselves off from sharing personal information on their timelines. Facebook went from a close clique of friends and relatives to your billboard / hoarding that you scream out your occasional life announcement to your network. The dream for being everything that the internet has to offer, didn’t quite work out. So, what next? Get a jump start on the Metaverse.

Many of the younger people who saw Zuckerburg’s presentation may not even realise that this entire concept of the Metaverse is nothing new. The word itself is said to have been coined by American author Neal Stephenson in his 1992 sci-fi story Snow Crash. But the concept itself has been explored time and again in popular fiction (as you will see later). What Zuckerburg is doing right now is a bit of brilliant marketing. Trying to claim a bit of tech history as his own.

The myth of the Metaverse

I’ve said it before and I’m not the only one who is going to be saying it again. The Metaverse according to the book of Zuckerburg is heavily inspired by the Ready Player One series of books by Ernest Cline. If you don’t have the patience for the book (you really should) you can watch the shorter movie adaptation. But that’s not the only source material. We are all old enough to remember the online virtual world Second Life. The Metaverse is like a second stab at Second Life. Albeit with virtual reality at its core.

The Metaverse put simply hopes to be all the internet can do, married with a lot of augmented reality and virtual reality. In reality we are probably going to see rival ‘Metaverses’ that won’t talk to each other. Microsoft has already demonstrated some of its ‘metaverse’ products. Then there is Magic Leap and its AR glasses. It’s already a race. Rather than the next internet, I’d think a better parallel is the video tape format wars of the 80s. The winner is going to be the one with the best user experience, affordability and most importantly best adoption. Though if memory serves me right, Betamax was said to be better than VHS, while the latter won out in the end.

The metaverse promises a more immersive experience some would say. Others would cry foul of the tech addiction that will follow. We’re already addicted to our phones so much. The truth is that the Metaverse would only work with a dedicated virtual reality headset. And therein lies the rub. Sure, Facebook owns Oculus the company that made the first real commercial foray into the virtual reality space, in the recent past. They have a competitive advantage of sorts. But the truth is that the best hardware (for a long-time gaming company Valve’s headset) out there is incredibly expensive that the masses wouldn’t buy into it for daily use. What’s more you need some serious computing power to make this happen. Which is ironic. Because the announcement of the birth of ‘Meta’ comes at a time when the world is facing an unprecedented shortage of computer GPUs, that key driving component for any virtual reality experience. In fact, the Covid-19 pandemic that forced people to work from home has driven up the price of most computer components and laptops too. So is this the right time to be talking about Meta to get the greatest number of takers.

What Meta needs to succeed

For Meta to become a success, it’s a no-brainer that the technology needs to become cheaper and most importantly the VR headsets need to be wireless and close to the size of normal eyewear for people to actually be remotely interested in a virtual Metaverse. We are a long way off. I mean truthfully, how many of you use an Augmented Reality App or Augmented Reality features on your existing app? Making a leap to the Metaverse is a mighty leap when it comes to user behaviour. Getting around the nausea inducing and uncomfortable virtual reality headsets will be their first major hurdle. Perhaps the one model that works well for inspiration here is ironically Amazon’s. Like any of their Kindles or Echo devices, you need to have that one entry device that is really priced cheaply to make it a steal for the customer. You also need to be able to offer a convenience that no other platform offers. Think early mobile phone adoption and you get the idea of the hurdles.

Second, the Metaverse like the internet must be ‘net neutral’. It can’t be owned by one company. In all fairness Mark mentions this in his speech. Even a whiff of monopolization, could ironically spell disaster for Meta. The Metaverse needs to be unbiased. The only way that a Metaverse replaces the internet (which is what I expect Meta wants) is when people trust it to be neutral, essential and a practical option to solving problems. And for this it can’t be an island. It needs to integrate across different Metaverses and marketplaces. It will need to bring the internet experience as we know it today right into the Metaverse and make it notably better for it to succeed. If someone were to say, create an Open-Source Metaverse, I think there would be takers.

Thirdly it needs to have practical value. Let’s take the virtual conferencing demos that were showcased. Honestly does anyone really see themselves using something like that? There’s nothing quite like reading body language cues in real life. The likes of Zoom, Skype and even Facebook’s Whatsapp having nothing to fear. They offer something that our grandparents never had. The ability to connect across continents in real time, really cheap and by creating a real time window across the globe. It is by far one of the best tech achievements we’ve managed in quite a while. The only way that Meta would replace such services were if you had video level quality renderings of people in real time. That would work. We just don’t have the computing power right now to make that happen though. Sure we might get there. The quality of the PS5 and X-box Series X in rendering 3D is in the right direction. But it can’t do that in real time by motion capturing people yet.

There is one ironic offshoot benefit to having comic avatars. If you look at companies across the world they are pushing for (token) inclusivity. This usually means representation of people from different backgrounds to appear ‘diverse’. Unlike in the real world, in the virtual metaverse – where you might never really meet your counterparts, you don’t need to worry about being judged by the colour of your skin. This is a premise that is beautifully brought to life in the Ready Player One novel. No matter how inclusive an organisation claims it is, such biases are hardwired and deep set. It doesn’t matter if Facebook or Apple allows those different skin toned emojis. If I were Meta I would be focusing on how their platform has the potential for levelling the playing field. Make everyone’s avatar one skin colour with other trinket customisations. Bit much of an ask? Well, that was just one extreme example. I’m just saying – this is going to be harped as a selling point.

I think in the short-term Meta really generated the publicity that Facebook really desired. It shifted the news cycle and attention from the Facebook Whistleblower story. That’s a start. I’ve seen countless number of articles hypothesizing what the Metaverse could mean. It’s become a content engine. Well I took a peek into my crystal ball and here’s what I think is going to happen.

Whatever you think about it, Facebook has firmly put its lot in a future that is heavily dependent on VR and AR. Whether the world has the money to spend on it or not. Because frankly if you had to pay to use Facebook – you likely wouldn’t. Whether Facebook will come out on top of the Metaverses, time will tell.

I am certain though that for the next ten years at least you will still be churning out experiences for desktops and mobile phones. The first mass of Meta experiences will be a gradual shift and not a revolution. Remember how in the early days of digital ‘adaptation’ of print advertising was what everyone felt safe in adopting. The Metaverse won’t be that different when it comes to the psychology that drives mass marketing within companies. But there will be the brave few who make the most of it. And they might not be from the traditional worlds of advertising and marketing. The future’s interesting and just possibly powered by Facebook.

Till then yours truly is Meta ready with courses in VR done and dusted and others in gamification ongoing. Bring it on.