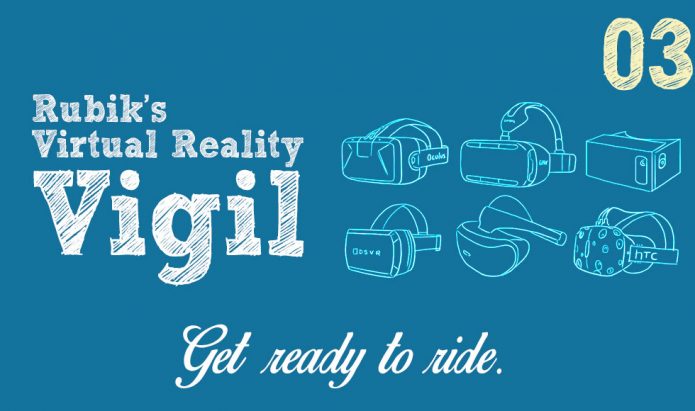 Race ahead to the stars with VR

Come fly with me

A virtual reality ride with a difference. It was bound to happen eventually. We’ve seen how a roller coaster can be combined with a multimedia extravaganza in theme park rides like the Transformers ride at Sentosa. Now see what happens when you slap on a VR headset on people strapped into an outdoor roller coaster.

It’s time to take the helm of your own bridge crew with this Star Trek VR experience. Bound to tie in with the new movie release I expect. It is definitely a more sedate yet engrossing co-op play experience that is ideal for a house PS4 party.

Once upon a time there was a craze for bigger and bigger TV screens. Well with VR that pretty much goes out of the picture. The race today is going to be for a lighter and slimmer VR experience. While I’ve never been a fan of watching movies on mobiles, perhaps this Netflix VR video is the way to go.

Who are we kidding? While this is not an official Star Wars game, it’s every aspiring Jedi’s dream.

Here’s another movie trailer in 360 degrees. They are getting better by the minute. This trailer takes it slow and with an excellent play of light, ensures you focus on what is important. That said if you are looking the wrong way, you might miss a few things that really pop out at you. 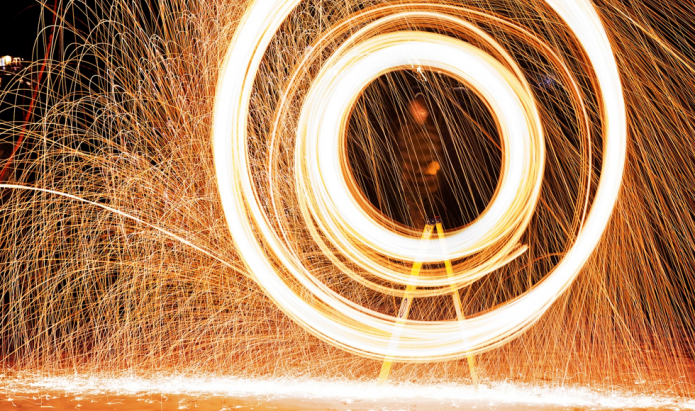 The virtual reality race is really catching on. After a mad sprint between the Oculus Rift, HTC and Sony, the VR headsets are finally set to be hitting the shelves. I first blogged about the Oculus in 2012, so you can understand the hype that comes along with such a wait. While a lot of marketers were quick to try to be the first out there with immersive experiences, having signed up for early development kits, from what I’ve seen there are very few experiences that really harness this new medium and demonstrate this as a compelling story telling experience. While the best is yet to come, here are some thoughts on how you can make your VR experience an engrossing one.

Immerse them in interactivity

At present these virtual reality headsets do seem to be focussed on gaming. From what I hear, the most immersive of gaming experiences for virtual reality is Eve Valkyrie. A first person space flight sim, the internet and most gaming magazines seem to agree that this is a title you should be picking up to experience VR. The reason why VR is so ideal for gaming is due to the added ability of being able to trigger actions that are similar to cut scene events based on where the player is looking. This is nothing new to gaming and has been used really well in games like Fear where gamers catch glimpses of a shadowy apparition just from the corner of their eye when they pan around and look. Only possible with a triggered event, otherwise the player might miss it altogether by looking the wrong way. This level of interactivity is currently absent from video.   While gaming till date has been like looking through a window into a virtual world, VR just pushes players a little further with a wrap-around experience.

Get those heads turning

That brings us to the crux of the problem of this new age of virtual reality story telling. Ever since we started consuming content on television we have been so conditioned to consuming content from one perspective. Don’t get me wrong. Movie makers for generations have been keeping things interesting with different camera angles and techniques, but the viewer who has consumed the content always does so head on, seated right in front of the screen. Our eyes have been trained to take in what’s happening head on, we’ve never been assailed with content that’s going to be creeping in at the very periphery of our sight (which is 60 degrees on either side of your main focus area). The first hurdle for VR experiences is simply to get people to turn their heads and work those neck muscles and look where we want them to look. You can imagine a lot of games are going to start with training missions that make you look around you to get into the flow.

Tell them where too look

Once you do get your audience to start looking around the question becomes where are you supposed to look? How do you hand-hold a viewer’s gaze in a non-obtrusive manner? It is here that we see an entire new level of story-telling cues that are necessary. We need to be able to tell a story that not only spans 360 degrees but the entire hemisphere (and in some case the entire sphere). Why? Because your audience could miss the important story elements and be looking at something utterly unimportant. Every element needs to work with the main focal point, driving people to look where they should be looking, while the Easter Eggs are tucked away in nooks and crannies for that second time around. The most common way to do this in gaming is the follow your sidekick routine. Events happen that are just off your sidekick’s shoulder. Very rarely will you be expected to do a 360 degree turn.

Don’t lose out on the little things

Imagine you have a 360 degree video experience where you have seeded your product cleverly into the environment, but your audience fails to notice. Is it a big deal? Yes and no. On one hand you could argue that if the experience is catchy enough they are going to want another look. This means more views of your video right? On the other hand, what if the experience is a one shot like an in-store installation and the viewer walks away without the key messages, it’s a lost opportunity.

So while having the key focus area is a no-brainer, the challenge is to ensure whatever is happening across the rest of the scene reacts to the key focus area. The advantage of video is the ability to force viewers on a specific pre-defined track. This is best demonstrated in the Quantico VR experience for Lexus. What needs to happen is that everything off the beaten track or main story line needs to cleverly signpost back to the main story. So for example in the Qantico video how would the crowd react to a person sprinting in a club.  On a side note, the final frame in a 360° experience needs to have more than one sign post, because you just might miss the sign off or have to unnecessarily crane your neck or ipad to find it.

Sounds that take you a step further

One way of achieving 360 degree story telling cues is surround sound. Most VR sets come with built in headphones or can be paired with external ones. Hearing an audio cue in the form of dialogue or sound effect from a surround sound setup could give that little touch to focussing your attention in the right area. The popularity of VR is bound to see new technologies in surround sound develop. Or the rise of existing ones such as hypersonic sound systems. These are sound systems that can beam an audio signal to your ears so that only you hear it. Think you’ve been hearing voices? Could be someone is using this tech on you already.

The perils of posture

The second screen phenomenon was triggered with the mass proliferation of tablet computers such as the iPad and smart phones getting bigger. While it is not uncommon for a viewer to be looking at two different screens, VR does pose its challenges. The best way so far to experience VR is standing up or sitting on a swivel chair. I think standing up will be less nauseating an experience. But this also means that if you tuned into a 360 degree video while you were on your bed, you really need to squirm around to point your iPad in the right direction. Orientation then becomes key. True you can go for the manual pan option which kind of kills the effect of a 360° video that syncs with the iPad gyroscope.

Get ready for full body experiences

The final hurdle is to really digitise your body into the environment. The weirdest thing so far is the phenomenon of floating hands that I notice in a lot of VR experiences. This is because while some headsets come with dedicated controllers that can capture the position of your hands and gestures, the rest of your arms and body is left out. You need to have virtual limbs that can seamlessly interact with your hand gestures. Also most 360 degree videos and experiences allow motion across the entire hemisphere. In real life this isn’t so with our own heads. There’s only so much you can look up or look down. And you definitely don’t get the feeling that your head is floating above your body as if you were the headless horseman like in the Qantico video when you try to look at the ground. Still the technology is not too far off. Technologists will possibly be able to capture this data with smart clothing, the kind that is being developed for athletes. Currently these are vital body stats, but I am sure motion and muscle movements can be captured as well. There are currently smart shirts that can detect what muscles are being put to work during your work out. The next leap is a short one. The result could be the kind of VR we dreamed off when we watched the movie The Lawnmover Man or even the cartoon series The New Adventures of Johnny Quest. VR that will react and adapt to you. Let’s say your smart shirt detects your heart is racing, the VR story you are on might take a tangent to let you relax a bit.

Ready for VR at home?

The final most challenging hurdle of VR is adoption. Most home PC’s just don’t have the necessary specifications to run VR. You are going to have to upgrade them. I’m sure that manufacturers will be rolling out VR ready PCs as a USP in a few month’s time. Even Sony is revamping its PS4 with a more processing power before the launch of the PS5. Something to be considered since Sony’s VR solution has its own processing box that needs to be plugged into the console.  Personally I am going to wait till VR becomes both lighter on the machines and lighter on the head (look at some of those headsets people!). Also by then with strides being made in flexible displays I think the whole issue of still seeing some black edging in your periphery will be things of the past. I think the third generation of any tech is always a kind of sweet spot to jump on the bandwagon.

So you are raring to go to craft a VR story. Here are a few thoughts on how to make it memorable.

So you’ve managed to script a story with the right audio and motion cues that drive the user through your tale, what’s next in the world of VR story telling?

Whatever the way you choose to use VR, what remains true is that there’s going to be a growing need of a new breed of script writers and copywriters who provide the inspiration for bringing such experiences alive. This is literally story telling at its finest from every angle.