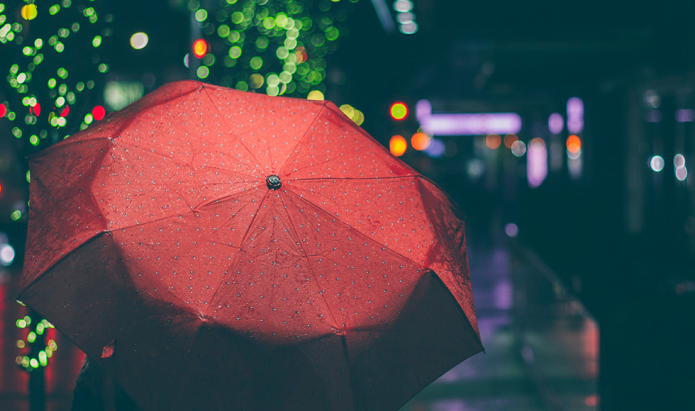 How do you fight Mother Nature’s deluge? When the rain bears down on a city relentlessly, the only respite is to fight back with a flood of tweets. At least that’s what few people tried to do during the Chennai flooding catastrophe in the first week of December 2015. With all modes of communication cut off, tweets were flying fast and furious from relatives and friends afar who were desperate for information. The resulting mass of tweets helped authorities to gauge which areas needed immediate attention on priority. While not active on Twitter myself, I had a personal stake. My own aunt and uncle where stuck at 204 Defence Colony and twitter was one of the few ways to reach out.

From reporting to rowing

While citizen journalism on twitter is nothing new, Twitter is a force to be reckoned with to co-ordinate efforts for natural calamities. This social media platform allows for very specific information being disseminated for a very small to large geographic areas. This makes me wonder, why isn’t there an emergency crisis management Twitter strategy in place for our government agencies to help relief efforts and get the boats rowing in the right direction. How does one ensure that communication networks is restored quickly in such calamities. Could you for example deploy temporary internet wifi hotspots using weather balloons? While this is something for the tech pundits, this is how twitter helped bridge the gap nonetheless.

In a scenario like the Chennai floods, there are a lot of people spread out over an entire capital city of a state that needs attention. Water covered the entire city with it rising to up to 6 – 7ft in Defence Colony in a span of just 45 minutes in the wee hours of the morning. When communication networks go down, how do authorities identify which are the areas that need attention first and how do relatives and friends get information about a specific area? Can couple of well-chosen and populated twitter hashtags help? Yes, they can.

A flood of tweets

Within hours of the flood situation, there were a number of hashtags afloat around Chennai floods. Some of them included #chennairainrescue #chennaifloods #chennairainshelp, Twitter India was quick to consolidate hashtags and ask people to post messages to @twitterindia so that they could retweet and spread the word. Each hashtag had a specific task, whether it was information gathering, identifying people who needed rescue, or volunteers pitching in.  People were asked to tweet using the correct hashtag and Twitter India would RT to its followers.

In order to get the message out that the area which my aunt and uncle were at, which was right next to the flooded Adyar river, I needed to ensure that there were enough messages posted on each of these hashtags. What is amazing is that all of a sudden there were number of people, strangers to me, who were helping to retweet (RT) to ensure the message got out.

Ahoy there: Getting yourself heard

The challenge is also to be heard in the cacophony. When people did wake up to the fact that Defence Colony needed help, everyone wanted their say.  I initially thought creating a specific Twitter hash tag #defencecolonychennai would help. However I noticed that there were a lot of people mentioning Defence Colony in their posts, while not actually using any specific hashtag. I did RT some of these with the hashtag I created to get the ball rolling. There were number of celebrities, some who had Chennai roots who also helped RT.  There was also the #defencecolony tag being used which was shorter. I did realise that tweets related to Defence Colony Delhi were getting muddled up with that hash tag. The solution was using tweet deck to check coverage of the two hashtags mentioned above, searching for any Defence Colony mentions and seeding enough tweets related to my aunt and uncle and the colony itself to keep the buzz going. This is a constant effort spread across hours, since Twitter unlike facebook is so fleeting with the lifespan of a tweet much lesser than a facebook post.

All in the same boat

It is remarkable how twitter was a unifying force for relatives across the country and the world when it came to tweeting around Defence Colony and the help it needed. The next step however was to consolidate this somehow instead of people trying to scream for each and every household separately. One way to do this was to create tweets that collaborated a number of house numbers that needed help and to keep tweeting the list. Another method was to pick a specific range of houses that happen to be clustered around my aunt’s house and their street. As I started tweeting around this range, I got to learn about the people who lived on the same street that my aunt and uncle did, and even in the neighbouring houses. It’s a small world. Smaller when you think that you may never have met your neighbours otherwise. Soon I was able to start conversing directly to these friends and relatives, comparing notes and joining forces more than my general hash tag tweeting. I even connected with someone in Singapore who was tweeting about getting their guests rescued. While twitter does create awareness, it’s also notoriously susceptible to the Chinese whispers effect. We were getting contradictory reports about my relatives being safe and having food and one that stated that they had run out of food.

As I mentioned that my aunt stayed at 204 Defence Colony. In the course of my tweet storm I managed to bridge connections to the people at 202 and 203 which were just next door. Luckily one of these had a direct line of contact with the resident, which gave us a fair idea of when the boats finally came, the waters resided and the aftermath. The news coverage the next day showed people from 207 being rescued by the army, which my cousins recognised. An assurance that we knew that help arrived on the street.

Even other forms of social media stepped in to help. One user started a facebook group called Stuck in Defence Colony, which till date is going strong about the clean-up operations and aftermath. One of these users of the group in Defence Colony even posted a pic of my aunt and uncle on this group and I saw them. Another You Tube user filmed a video from an elevated metro of the area which lead us to understand the extent of the flooding in the area. It’s this kind of localised information that you can’t quite get from a news channels immediately. In all fairness, the news crew did accompany the army boats so we did manage to see some footage of Defence Colony rescue efforts on TV as well.

So let’s say you face a calamity of your own. Here is how Twitter can help with with enough persistence. Hopefully this approach should be able to elicit some information and evoke some positive action for you.

Finally a special note of thanks to those people who helped retweeting my tweets,  users including @spiffyhobbes,  @lavendertulipz, @OneiraHotels the army, navy and NDRF teams who went in with boats, followed up with house to house visits and even called us to check if our relatives were safe. You’ve made a difference and saved many a cherished soul.

My aunt & uncle’s photo was snapped by a member of a Facebook volunteer group for Defence Colony who was checking on people on a list. The photo was then posted back to the group. The power of social media and a helpful neighbour.