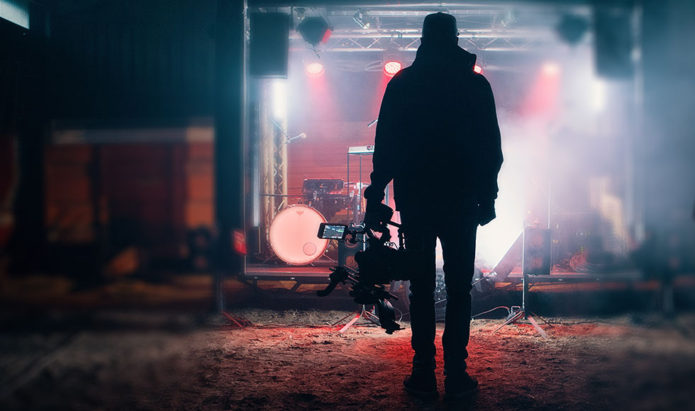 It’s a no-brainer that across digital channels there is a lot of focus on video content these days. Spurned on by video bloggers and their ‘vlogs’ or video blogs, and brands quick on the bandwagon with their own video campaigns. Digital has become the tried and tested channel and a cheaper alternative to distributing videos on traditional media. Especially videos that fall between the gaps of an ad film, documentary or a brand film. Digital has also introduced all new video formats. Instagram is redefining the short format of film with brands creating amazing quick cuts of real time footage to short animation loops and quizzes to garner attention. Just look at the work the official Formula One Team or how BBC or CNN is redefining the news on Instagram. We see new properties every other day. Like Instagram TV.

Video content ensures the fans have never been closer. Will Smith is probably the hottest thing on Instagram right now with funny anecdotes and a daily peek at him living life large. The result, a fan following on Instagram that could possibly put him in the oval office if he tried. The writing is on the wall as well. The app chart wall. A peek at the apple app store listings and you notice the ever growing popularity of video apps, like Tik Tok a new music video creating app gracing the top of the charts. Tech and software alike is making create videos easier. However while video is on the supposed rise, does it detract from the other question – why isn’t web design in the age of UX seeing similar leaps and bounds especially in Ad Land?

When I started out in digital, helping form a digital team at R K SWAMY BBDO, we were not only the first off the boat, but the first in deep water. It was choppy waters at a time when brands started venturing forth by parking their spare funds into digital ‘pilot projects’. They discovered disproportionate returns in doing so, compared to ad-spend in traditional media. This encouraged experimentation. Agencies stepped up to deliver. Without established channels like you have today and the waters being tested every day we saw a renaissance of digital builds.

Websites of all form and flavour sprung up overnight around the web. Websites that looked like games, or out of this world experiences. From the tacky colourful ones that were home-grown to the sleek and sophisticated. I’m talking about some of the most memorable experiences like ‘Get the Glass’ or much later – Rajnikanth’s website that worked without the internet. These were a blend of branding and understanding the medium using web design in new ways to tell stories. There were content platforms, CRM platforms that engaged continuously marrying content to function, a dearth of product and event related microsites that focussed on lead generation, games, interactive stories and much more.

This was a time when social media was growing its roots. Social meant cranking out social media apps which used personal data in creative ways to celebrate it. Like Intel’s Museum of Me. Or introducing that special tone of voice for social – like the brand Hippo and its famed twitter account. How about the piece of Toblerone chocolate that you could tweet to? Banners that would make Bruce Banner proud (ok I couldn’t resist that one).

Today there has been a seismic shift in digital. But not quite in web design. While we talk with baited breath about Blockchain, Artificial Intelligence and UX. There is a focus on AR and VR, chatbots and tech implementations (let’s be honest mostly spam work churned out for awards with few everyday applications). What does it all mean for web design and pushing the boundaries of the website, whether on mobile or on desktop? With all the buzz about User Experience (UX) and researching customers of digital experiences, you would expect to see a seminal shift in the kind of websites you interact with surely. The truth is maybe not.

Yes we see iterations of improvements.  And at times we are treated to complete revamps that are so jarring from the original experience that you’re wondering if you are in the right place after all. But where are those sites that put a smile on your face. Will we see more web experiences built around progressive web apps as the answer perhaps? Websites that will marry the functionality of your mobile phone (GPS, push alerts etc.) to traditional responsive web design. Providing a seamless experience as you transition between devices that resembles a native app experience when on mobile and full- fledged site when on desktop.

The truth is possibly closer to video. Namely animation. Better bandwidth means we can now sites that are heavier. There is a whole new generation of motion graphic talent having made the shift from Flash (or Adobe Animate as it is called today) to After Effects. This talent is on display across Instagram. We also see new tools like Webflow that have the potential to tell immersive experiences with ease. Blending animation, code and a WYSIWYG (What you see is what you get) development environment. So possibly new web development will see AI powered websites that deliver customised stories that closely integrate video and animation.

So why are we so fascinated with video and not moving towards a blend of tech? Truth is, it’s still a tried and tested medium for stories well told. If your agency is seeing talent migrating from traditional mediums to fill in the gap of purely digital talent then the focus is likely going to be video production that is less risky. This is easier for talent to understand and doesn’t really require teams to get the nitty-gritties of digital. So if you agency is focussing on video and social as a key solution this could be a tell of the talent pool. Implementing campaigns in either aren’t new territories. I was chatting with an old colleague of mine (between the two of us we’ve covered most of the large agency networks in our career) and he concurred about talent being a key motivator. So I’d wager a guess to say that if you peeked under the hoods of a different digital agencies you would notice a growing gap in digital talent. What’s more the existing talent is playing the extremes leaving the middle field where better web design and developments happen wide open. On one extreme traditional talent who have switched to digital over the past few years stick with what they know best – video, or adapting new campaigns based on the mechanics what they have seen others do. On the other talent is going beyond web design to focus on the likes of AI, augmented reality, automation and more. Experimenting in the cutting edge space and willing to fail at it. But it is the middle ground is where the next big story in web design will be won.

Will it be a tale of the developers inheriting the earth? That’s a story for another day. But developers who have now access to codified frameworks they can leverage will definitely play a key role in the next push for web development. Whether it is Bootstrap or React these developers can stand on the shoulders of giants who have gone before. They have a wider palate to paint from with their creative counterparts and by working together will make new magic happen. Like the days when creatives and developers conceived of parallax and site elements that reacted to your scroll, used to tell moving stories. We will definitely see something new round the corner soon. We can hope for it to be something entirely out of the box. Like a website that talks to you to decide what content it shows you. Time will tell. Till then we have ample amount of videos to watch.