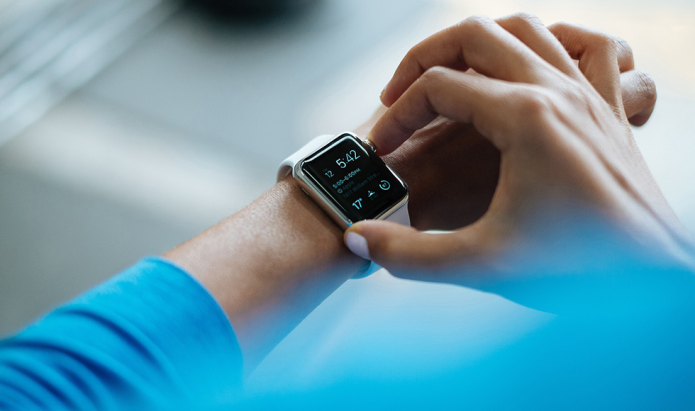 The buzz word of the year

Going into this year the buzzword seemed to be ‘wearable tech’. Everybody was aping about Google Glass and what it could do and how it would change things. Even people who had nothing to do with wearable tech, like gaming company Razer decided to jump on the bandwagon with their Nabu smart band. Then things seemed to hit a roadblock with Nike announced that it would be exiting the entire wearable market. Something that it got into with its run keeper technology that paired a sensor in its shoes with an iPhone app. The next step (pun intended) for the shoe giant was its Nike Fuel band technology. A smart band that the company is now stating that it is thinking of exiting. This sent ripples across the board. Perhaps the biggest wearable tech that anticipated is Apples so called iWatch that has had the rumour mills churning for long.

Putting the cart before the horse

So that you truly gauge the anticipation for wearable tech, think about this. Companies are already starting to think about how to make money; getting technology into the public’s hands quickly. Even before the tech is already ready. Case in point, Amazon is planning to launch an online store dedicated just for this. In truth though, some of the wearable tech that is being demonstrated are mere extensions and amalgamations of what you could already do with tech that you have access to. I saw a Chinese smart band that had a Bluetooth hands-free combined in it so that it could sync with your phone, while also providing health indicators like measuring your pulse rate etc.

Intel is even asking individuals to tell the company how wearable tech using Intel technology can change people’s lives. The prize is 5000 USD. Isn’t that a good enough incentive to seriously give a thought to the whole wearable game.

A figment of your imagination

Popular fiction is resplendent with examples of wearable tech. You don’t need to look far. Most of your tv series from the 80’s onwards had examples of the same. I remember David Hasselhoff with his smart watch in the television series Knight Rider, that he used to talk to his car KITT. The watch was supposedly a communicator and could keep track of the wearers vital signs and could stun snakes and electrical locks as well. What about the communicator and tricorder from Star Trek? Examples of wearable tech. And off course there is Bond. James Bond. With all his gadgets that fall under this realm. But the next step to wearable tech – you have that too in the tv serial Intelligence. A show that perfectly depicts what the human race is going to aspire to. All the data you could think of, accessible at the blink of an eye.

Wearing reality on your sleeve

In the real world most of us own a piece of wearable tech already. That’s right, your smartphone. We wear it on us wherever we go in some way or the other. And there is no denying that each smartphone is a mini computer that has become indispensable for those who can afford it. It is just that wristbands have become a delivery vehicle for technology that seems to have caught creative minds the world over. We also have things like blood pressure monitors that come like watches that can be worn all the time. We have watches that tell us the altitude, the direction, temperature and the pressure. So in reality wearable technology is already here. The fact that so many people own smartphones is the same reason why people are getting out of manufacturing dedicated wearable hardware and focussing on the software aspect instead. Especially with advanced phones like the Iphone 5s which can track body motion with its accelerometer, wearable tech already has a potential platform. Manufacturing hardware after is costly to begin with, and there are already stories of overheating bands that are being recalled by wearable tech manufacturers.

The dark side of wearables

The flip side of wearable tech is how much of our lives do we really want to be converted into data that can be used by companies. This is ultimately the big promise of this technology. With the amount of data that these devices collect, offerings will become ultimately more customised for the users. How comfortable are we with it. While On one hand this could mean customisation like you have never seen before. You are wearing your Google Glass and walk into a store. Based on your profile of past purchases, your face book profile and interactions etc a profile of you stored on your device could interact with the store’s systems and you may be prompted with offers that are tailored to you or could be steered to things that are relevant to you that may have gone unnoticed on a shelf somewhere. Thus reducing marketing clutter and making each customer feels special. Something straight out of the Minority Report. On the other hand you will always wonder if big brother is watching. Whether your data has been compromised by an unscrupulous third party. Whether actions that you do not want to be tracked are being recorded in a database somewhere. Whether the technology is robbing you a little bit more of your humanity or aiding it. Imagine for instance if everyone on this planet owned a Google Glass. And if they could be hacked, there really would be no need for CCTV cameras. The amount of footage gathered would be tremendous to crunch for intelligence companies.

Wearables for the advertised mind

Here are a few thoughts about what you could do with wearable tech if you were an advertiser. The basic hardware that the target audience wears is a combination of google glass, with earphones, a QR code reader and a smart band that gives you various prompts and tie in geo-location and an accelerometer. If needed this could harness the processing power of your cellphone. With this tech you could collect details about a person’s habits and interests and provide him with relevant prompts based on events that are defined by time, location  or other such triggers.

In truth, wearables will change digital advertising as we know it once a sizeable number of the population has adopted it.

Fad or the future?

It is also interesting that 2014 suddenly seemed to veer away from being the year of wearable tech to become the year of the Selfie. We have Ellen Degeneres and her legendary star-studded selfie at the Oscars to thank for this. It is amazing how such a small act like taking that photo and tweeting it could start a trend. Not only did it trigger many parodies, it also had people looking at new selfie dedicated apps. Which meant re-branding of camera apps around this new craze.

What wearable tech needs is its equivalent of a selfie like this. What it is, go figure. The answer will decide whether the future for wearable is going to be. Will this be truly indispensable and adopted like the cell phone has been. I think it will be. In the not so distant future you may suddenly realise that not only does it appear that people are speaking to themselves they are blankly staring off into the distance as well. Might be a sight to see. Think about me then.