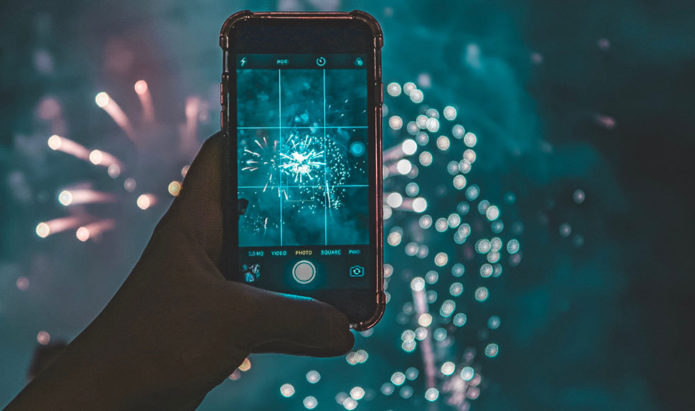 The year is nearly over and we stand on the threshold of a new one, wondering what can we really expect headed our way in our lives and in the world of technology? 2018 has been another interesting year in technology, but not quite an extraordinary one. Small improvements, not too many game changers. Apple hit all the right notes at its heavily scripted annual key notes. Predictably so. To the extent I wonder if they will ever be able to sound different, invent a new presentation format or keep what they are working on under wraps before a launch ever again. You know. Surprise us. I’d wager good on a guess that these so called product leaks just could be the marketing strategy you were searching for. But I digress.

You are going to be assaulted with a slew of articles that tell you about their predictions about how technology will make 2019 the best year for you yet (pun intended). So this article isn’t going to quite be a prediction list. Rather a quick review of a few exciting things I discovered and a point of view for the New Year.

I had quite a bit of time to spare in 2018. I immersed myself in a few tech related reads on the way, while upskilling myself in other areas. I was lucky in my choices. Each one a page turner in itself. Though to be honest I had starting read one of these years earlier. We spend most of the year doing tactical stuff, focused on campaigns or product launches. It was refreshing therefore to find The Economist’s ‘Mega Tech Technology in 2050’, an excellent snapshot of technology you need to keep an eye on when thinking about big picture for the next thirty years. What makes this read stand apart is the wide range of industries it covers. ‘Now for then, how to face the Digital Future Without Fear’ by Ben Hammersley reads like a text book on critical tech and concepts in digital. Even though it was written in 2012, it still stays relevant to date. Just look at how he calls out Bitcoin before it became such a craze. Finally Jason Schreier’s Blood Sweat and Pixels was something I chanced upon accidentally at an airport book shop. A sneak-peak into the multi-billion dollar game industry works and how Indie developers make their mark. This book exposes that Game Development is quite a messy industry to be in (seeming more challenging than advertising), but worth every pixel if the stories are to be believed.

If you are more of a fiction fan, I’d suggest Change Agent by Daniel Suarez and Ready Player One for all you 80s fans (better than the movie for sure). When it comes to movies and TV we had a slew of technology themed stories that were told. On top of the list according to the Google Search Trends for the year is the futuristic thriller Altered Carbon. Although I did watch an episode or two, it still remains on my to-complete list. On the other hand, with the world seething with Facebook every other day, you have serials like God Friended Me – an old tale retold, with a contemporary social networking twist for a new generation. Lastly while I haven’t watched it yet, Ralph Breaks the Internet is on my movies to watch in 2019. What were your favourite technology related reads in 2018? If you have a recommendation do comment below.

A fresh point of view for the year ahead

I would say the last year has definitely seen Instagram come to the fore. While we haven’t left Facebook in the dust quite yet, there’s definitely a change in how we use social media. The short video story in the vertical format seems to have been mastered by most brands I followed over the year. On a personal level, you’ve probably been provided a sneak peek into lives from your friends and favourite artists, celebrities or influencers view. ‘The Point of View’ (POV) that has become the new normal. People are more brazen about putting more of their personal life online. Which is kind of ironic and paradoxical with all the privacy concerns about Facebook.  Think about all the Instagram and Facebook stories that you watched across this year. It’s what we consume on a daily basis. Stories of friends who share their POV while on vacation, at the dining table, while hitting the gym or doing Yoga. I’ve seen so many shots of legs and feet that makes me wonder two things. Firstly why aren’t they walking talking ambassadors for footwear brands? Shoe sales must be out of this world! And are we nurturing a generation glued to their phones, head-down immersed and capturing the world through their phone, while perhaps not fully appreciating the experience that surrounds them by living in the moment. I pointed this out to a friend who was well documenting their holiday that she should stop to live the moment without her mobile. Her reply was that I wasn’t to be worried and that the stories were ‘latergrammed’. Oblivious of the fact that even if that were the case, a considerable time was taken to film the moment and POV for posterity sake, instead of enjoying the moment for what it was. Are we too quick to take snap decisions and reach for our phones.

At the same time there are few brands that truly master the POV experience though. Sure 2017 saw a good use of 360 videos, but that’s not what I was talking about. The question for 2019 as a marketer is will we shift from living other people’s ‘idealised’ lives from their point of view to living ‘idealised’ brand experiences? It’s happening already on Instagram with brands like CNN Travel tying up with travel influencers and pages like Beautiful Destinations getting their team brand sponsors. But there isn’t any one brand that captures this first person POV from a personal point of view and memorably makes it, its own. The closest I’ve seen is airlines like Etihad’s with walkthroughs of their new planes with celebrity endorsers like Nicole Kidman. But this isn’t quite what we are talking about. Nor are unboxing videos. What we are talking about is somewhere in between about how you as a person would experience your favourite brand. A view to ponder over as we look to the brand new year. For brands. For you.

A slice of celebrity life

The one influencer that I am sure you watched this year was a celebrity who we have come to love for his wit and his action movies. Yup that’s right. It’s hard to have missed Will Smith’s antics on Youtube this year. Jumping out of a helicopter into the Grand Canyon on your birthday anyone? He is truly the first celebrity personality whose antics I would consider watching on Instagram.

Like they say. One last thing for the year

What I do hope to see in the New Year is affordable technology aimed at the disenfranchised. The millions of refugees in camps around the world, trying to find their place in a new world. From war torn zones to refugee families in new cities that struggle to accommodate them. To victims of natural disasters. Technology can make a difference to them. If it is affordable and accessible and easy to deploy. It might not be something that you or I are going to use in our day to day lives, but it is very likely to be something you or I take for granted. Yet something inaccessible to millions who are in refugee camps or disaster rescue sites. It is this area, rather than what we do next on social media or the next digital trends that will make a difference for society at large.

To all my followers and friends a Happy 2019 to you all. May you live it large and less on social. 😉

Preventing the next massacre with technology?