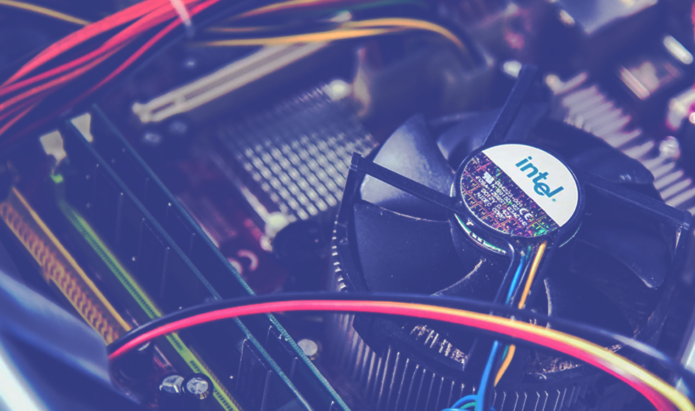 If there is one thing the lockdown reinforced, it is the need for ample amount of computing power at home and a reliable internet connection. Yet when the economy is turned all tipsy turvy, and retail is on lockdown you aren’t going to be running to the stores to get a brand-new laptop. No. You need to look at what you have and make the best of it. As a person interested in computers, there is a good mix of not-so-new and old pieces of tech lying around my house to enable that. Half of these ageing wonders decided to give Murphy’s Law a run for its money and started staggering to a standstill or conking out altogether. Case in point was my hand-built, ‘assembled’ PC . Which was followed by an ageing laptop from HP that I had bought as a replacement to my trusty college IBM Thinkpad (yes it was an IBM, not a Lenovo, the good old days). The PC’s plight was it refused to start. The laptop had Windows 7 (which is no longer supported) and was suffering from freezing up in the hot Madurai summer. It was time to look under the hood.

When it comes to rejuvenating old tech a good reason to do so is that what were very rare and expensive parts may now be cheaper and easy to find. The caveat however is if its too old and rare its still going to be as expensive as it was when you bought your old hardware. New hardware brings with it different kind of components that often are incompatible with new hardware. It’s all a balancing act.

Our main home PC is a labour of love, birthed over an entire day in a tiny shop tucked away towards the end of Lamington Road in Mumbai some 11 years ago. This was the first time we had bought an assembled PC having owned a Zenith PC and a HP before that. At the time it was pieced together, it was cutting-edge tech on a budget. Anyone could tell it was not your average PC in a box, with a mix of quality mid-tier components that maximized our budget. But since its birth, like many assembled PCs, this machine has had its innards replaced every now and then. Like having to swap the Asus motherboard (that lasted a year) for a more reliable Gigabyte one. Trading in the XFX GEForce card for an AMD Radeon and even adding additional hard drives, RAM and such. What brought this machine to its knees after years of service however was a combination of a failure of two key components. One I believe was the 550-Watt power supply from Cooler Master, which according to a wire tester is not able to deliver power from its -5V rail. The other issue was the CPU fan seemed to be failing. It just wouldn’t spin up and the machine would automatically shut down to protect the CPU before the boot sequence had finished.

To give you an idea about how old this PC is, this machine is powered by an Intel Core 2Duo Quadcore processor. The RAM frequency is 800HZ and yes it still has a DVD drive. Yes, it is ancient. While I might be a tad sentimental over it, it is still sufficiently powerful enough to run basic tasks on Windows Ten. Trying to repair a machine so old is however challenging. Apparently, you cannot get a fan replacement for this particular processor / motherboard. Why? Because the LGA 775 Intel processor sockets were succeeded by new ones that have a 3mm difference where the fan screws would fix around the CPU socket. Three millimeters makes a lot of difference unfortunately!

Scouring Amazon for days finally turned up an Antec A30 fan with heat sink that would allegedly fit. And it did. So now the PC does power on – albeit only with a certain number of USB cables plugged in. It still doesn’t have enough power it would seem. A new power unit might be the likely fix. Though I remain a little uncertain if it could be a USB issue. Though my additional USB hubs do seem to have the same issue as those soldered onto the board.  I had picked another Antec product, but that PSU went out of stock. And I wasn’t certain I wanted to shell out for another Cooler Master since I wouldn’t be using this product that long. Though the demand caused by Covid-19 seems to have brought both brands prices closer. My Cooler Master power unit has been flawless till now. And so has the case which is made by the same brand. The one exception being that some of the plastic tabs have now become brittle and break. If I am building a new PC, I will turn back to Cooler Master most likely.

The HP Pavillion laptop was a different story altogether. It needed more RAM and a fresh new battery in the hardware department. It was simple enough to secure these from Amazon. A task that would be almost impossible if I had had to resort to trawling through brick and mortar establishments in person on Lamington Road to find the matching legacy parts.

The final touch was to shift to Windows 10. This is where I hit a hurdle. HP Pavillion DV-6 laptops come with what was called switchable graphics. Two GPUs that you could select from. An Intel for power efficient usage and an AMD for gaming. Windows 10 pegged this AMD processor as legacy hardware and refuses to support it, though it recognized the card. However, it does load default drivers for this card, which causes Windows 10 to start behaving erratically. Causing boot loops and sudden crashes. Solving this involved experimenting with a registry fix that didn’t work and trying to disable the device – which caused the Intel GPU to also stop working. The workaround I achieved was doing yet another reinstall of Windows 10 and before the AMD drivers were installed for the first time – to disable the card (which showed as an unknown device) and update only the Intel drivers. So far this works as I don’t expect the laptop will be used for gaming or any GPU heavy tasks moving forward.

From tech shopping on Lamington Road to amazing deals on Amazon

This whole experience has made me think about how I would have solved such problems before and the key differences today. I am now no-longer based in Mumbai so Lamington Road is no longer an option. And even if it was, Lamington Road isn’t the perfect place to shop for when it comes to legacy tech. For those of you who haven’t been there, Lamington road is a street in South Mumbai that reeks of old-world dilapidation but is a labryinthe of technology vendors. While the main thoroughfare is jam packed with vendors selling PC parts, if you venture within its by-lanes you discover a maze of retailers selling every kind of hardware item you could conceive off and more. While you might have two or three favoured retailers squashed into the main road it takes a lot of research walking the road to understand who is overpriced and who is ripping you off. If you’ve ever shopped at Lamington road you will know that the shops operate on a networked intercom system where one retailer will call up another retailer to inquire if they have the part you are looking for and then act as a middle man to make some profit and buy the part for you. This entire process results in you having to wait for the part for quite a while. The benefit of this system though is you can choose to shop at say three key retailers and get access to almost everything you could possibly need through them. And these three retailers are responsible for the warranties of the products that you buy.

Today everything is different. Even if it weren’t for the Covid-19 lockdown, my only recourse would be to turn to Amazon. And buying obscure parts there is just fantastic! Even in Singapore when I had to get my laptop fixed at Sim Lim Square I was told it would be nearly impossible to get a matching RAM stick to upgrade it. Amazon in contrast had options of various known brands having stock of this legacy part for me to choose from. Products are delivered to your doorstep. One wonders with all these lockdowns whether such e-commerce can closely marry the Lamington Road network experience to an e-commerce platform. This already happens to an extent in Amazon, it’s just that the user journey is quite different. But the benefit is that you can at a click of a button literally scour every shelf in every online IT retail shop in India and find what you are looking for. And that is a PC hardware dream.