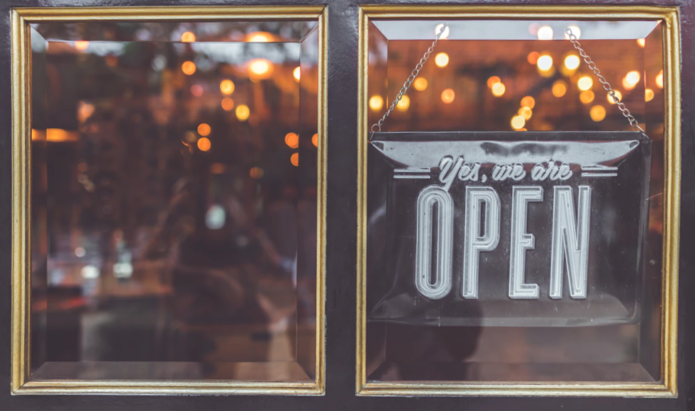 You might remember a few years ago the phrase ‘Agile’ was being bandied about in Ad Land such that you couldn’t go a week without seeing an article or overhear it in some keynote or at the company watercooler talk. It seemed to be everywhere, with everyone buried nose deep in their Sprint and Scrum books in their free time. The marketing pundits were talking about quick pivots and the ability to quickly come out with new products and reiterating and to keep building on as they ran with it. Minimum Viable Products were all the rage. Yet in the face of today’s pandemic, when the gauntlet was truly thrown down for firms who professed to be agile, all that talk often fell flat. This crisis is a calling to cull the flock and weed out the marketing maestros from the pilgrims.

This crisis is a calling to cull the flock and weed out the marketing maestros from the pilgrims.

With the Covid-19 pandemic the world over, the knee jerk reaction most brands had was to pull their marketing campaigns and cut their spending. A cautious justified approach some would say to start off with. The result, as seen in the case of my daily newspaper, is a paper so devoid of advertisements that it looks like it went on a crash diet overnight and came out the other side in a svelte reincarnation. As a consumer of news, I’m not really complaining. At this point I’d just like to pause and shout out kudos to the journalists and newspaper publishers who keep the oil burning during these testing times. Otherwise we’d all be in the dark about what’s happening both the world over and in our back yard at a time when our sanity hangs by a string and when politicians are unafraid to string along their voters. But back to the marketers. This is the best of times for communications to make its mark, yet as consumers we are left with a painful void. According to a Global Web Index survey 37% of consumers are looking for brands to advertise as normal while the rest are looking at help and concessions that brands can offer.

On an average day in Ad Land, the marketing machinery behemoth is so complex that campaigns are planned (and executed) months if not quarters in advance (yet a lot of the work still gets done last minute). Agility in turning things around has become so complex. So, while consumers may find it strange that radio stations during lockdown were running competitions where prizes offered were discount vouchers of restaurants (that were shut), those in the industry would take this to be a sign of the marketing ship failing to course correct quick enough because a course was laid in months ago. In the weeks that Covid-19 progressed to ravage countries, it took quite a while for such tactical rewards to be renegotiated and substituted with home delivery service prizes. Yet now is the time for brands to go the extra mile delivering meaningful rewards that people can really use in the present instead of wondering what it really is going to be worth in the unforeseeable future. F&B was not the only industry offering rewards that didn’t really make sense. We saw discounts on cinema movie tickets (when movie halls were closed), and travel staycations  (when hotels would have to be shut) being promoted as prizes. It seemed some marketers were of the opinion that since these offers were already negotiated, or couldn’t be pulled out off at the last minute, they should just run the course and be redeemed when things get back to normal. Whenever that might be. Yet we are not likely to get back to the old kind of normal where F&B are concerned.

Truth is this is the time to go big with your messaging. Intelligently. To be the first to come out with statements of purpose that really connect with the consumer through meaningful actions. A parallel I would like to draw is when American Democratic candidate Senator Amy Kloubuchar decided to become the first candidate to address the media when there was a counting fiasco and the numbers were delayed during the results of the first caucus of the upcoming American election. It was a first mover advantage unlike any other in recent presidential elections with all the media hanging on her every word. Think about it. Brands have a real opportunity to cut through the clutter because frankly there isn’t much out there right now. It’s like an F1 qualifying session under torrid conditions and everyone is waiting to see which team will blink first and send out their car. The marketing world is still fairly silent, compared to normal. Never before in the recent history of mankind have marketers had such a captive audience that is so well connected too! People are bored and stuck at home and are perfectly primed to consume fresh new content. Only if brands can come out with them quick enough. But marketing teams aren’t sitting idle either. After the great pause will come the great flood and you can see the trickle already happening as lockdowns ease.

What I did observe was that the initial vacuum was followed by a deluge of me-too content. Every brand that you interacted with over your lifetime who had your email address was suddenly writing in to say, we’re sorry the shit’s hit the fan, but hey we’re still here for you. Then came a deluge of work that was praising the efforts of healthcare workers with Dove leading the way. Admirable, yet all so similar after a while you can’t remember which brand was behind which. And a little bit of fire to play with some would think in the first place, because some of the target audience would obviously question the first movers, whether brands were up to a cheap trick by profiteering. Capitalizing on good deeds of others during a global suffering. Even though they were praising the tireless efforts of frontline workers, sometimes the connect seemed forced. Take an advertisement for Turkish Airlines offering free flights for a number of healthcare workers. At a time when air travel is still largely non-existent, the timing and the messaging doesn’t quite hit the sweet spot. Or when brands tried to modify their logos to promote the message of social distancing. Now some logos are just designed well enough for this. Other’s like Volkswagen’s just was not discernible enough and wouldn’t have registered.

They key to winning is finding that message and story worth telling even during this crisis. Like when people were itching to come out and celebrate St Patrick’s day in the US when they really should have been indoor maintaining social distancing.  Guinness was quick to jump in. It was one of the few brands to release work when the crisis was snowballing in New York with its St Patricks Day video. Sure the brand must have had something lined up for the holiday as such, but it was quick to pivot with a brand video that largely looks like it’s been made with intersplicing stock images with video that has been shot indoors. What’s important when releasing work during a pandemic is not being tone deaf to consumer sentiment and that they live their lives behind locked doors.

And its not just advertising but content that’s winning. What’s trending online has been from some unexpected quarters. One big winner is John Krasinski who won the hearts of the millions with his “Some Good News” show, shot from home with what was in essence a dose of positivity and the exact opposite of what people were seeing when they tuned into their daily news broadcast. It was brilliant. The Youtube channel now has 2.49 million subscribers. Jimmy Kimmel is another celebrity who has pivoted well turning his family into overnight celebrities as he continues his ever-popular talk show from home.

Gary Vaynerchuck of Vayner media in one of his recent online talks tells his audience that ‘now is the time to be dirty, dirty’. With a lot of production capabilities locked up and edits having to happen at home, brands are racking their brains to come out with content that can be produced  on iPhones, supplemented with stock footage and produced literally in your bedroom. With a little brains it’s the way to go during the pandemic roller coaster. Take Honda with its 35 second commercial shot with a toy version of its civic. Frankly I think it was missing something, but the speed at which it was executed is a notable feat. Now had they taken a little bit more time in the story they were telling, they may have come up with something with a bit more impact.

Every marketing maestro out there is sitting scratching their head about how to come out ahead when the curtains go up again. There’s a lot of advice being drummed out there. Here are few things to think about before you kick start your communication regardless whichever medium you choose.

Above all else be original, be you. Don’t follow the herd, but be bold enough to get out there, first out of the gate, and play to that captive audience that awaits.

I finally leave you with this. If you are still wondering what brands are doing keep an eye on Ad Age’s tracker of Covid-19 marketing developments here.