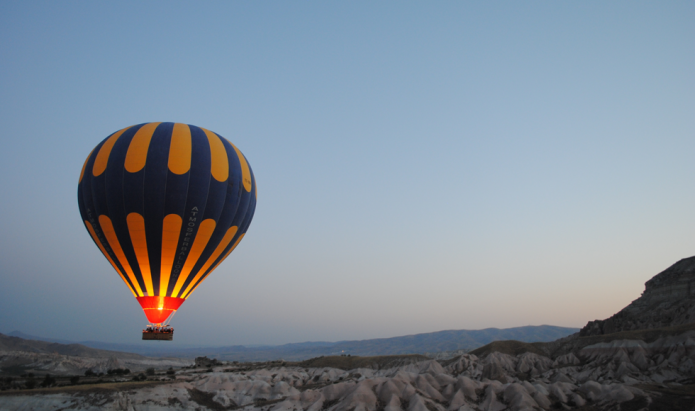 Our robot sky: Redline droneport concept from Eternaut on Vimeo.

There has never been a greater catalyst to innovation and change than necessity. No matter what the naysayers said, today there is no denying the fact that E-commerce has changed the face of rural India. One look at my Amazon delivery boy here in Madurai is a testament to the fact that he carries as heavy a load as his counterpart in Mumbai. With accessibility to a myriad of products comes opportunity grown on the bedrock that is the delivery network. Yet across the world there are still so many remote places that are not easily accessible to date. And we aren’t talking about stuff you order from Amazon. These places do not even have access to critical medical supplies. A solution to this could be winging its way to us from Africa. Pioneered by Redline, a company in Africa who has ambitious plans to establish a drone network that will rival anything Amazon can dream of in the highly regulated Americas.

What makes this so different from Amazon’s plans for 30 minute doorstep delivery with drones you wonder? Quad copters are not the most robust of drones and one can guess that the African continent demands a tougher type of drone that can weather the storm and have low maintenance and operation costs. These drones will operate in conditions and terrain that your typical Amazon drone would find it very hard to stay aloft in.

The idea of Red Line has been dreamt up Swiss based Jonathan Ledgard (novelist and ex African correspondent for the Economist) and Lord Norman Foster (architect) and funded by various Swiss universities and businesses. The idea is to create drone ports similar to petrol stations where conventional aircrafts can’t reach to act as hubs for these drones. These ports are to be built in areas which may not even be connected by roads. It seems we have come full circle from having aviaries for carrier pigeons. The project is set to kick off in Rwanda with plans for the first drone port to be built.

The idea is to operate two different types of drone networks. The Red Line drone network comprises of smaller drones with a range of 50Km and a 10Kg payload that will primarily be tasked with carrying lifesaving supplies such as blood and medicines. The Blue Line network has twice the range and can carry a payload ten times more than the Red Line and will be tasked for cargo, e-commerce and other essentials. This is a project that will require the development of not only the drones themselves but the entire infrastructure from scratch. It will require a wide range of expertise including robotics research, precision based navigation, safety systems and landing systems to name just a few.

Apart from the physical infrastructure the team behind Redline will have to help local governments plan and build the necessary legislation that can safeguard such a venture from misuse. Care will need to be taken to ensure that this new flight of drones don’t mess around with the ecology. We’ve seen in Canada how favourable legislation and processes can make all the difference. The country is edging forward in the drone adoption race being faster in granting drone licenses than the American based FAA that only recently mandated that having a civil pilot’s license for operating unmanned drones for commercial purposes was no longer a necessity.

If one were to look for a working model or benchmark for Redline, perhaps one should look at Mmist Mobility. This Canadian drone operator uses the Snow Goose Cargo UAV originally developed by the military to carry goods to artic regions which are hard to reach by conventional means. What makes Mmist drones different is their need for a decent road to be able to launch. These drones are also neither all wing designs like the Redline or a quadcopter. They are either dropped aerially or launched from the back of a flatbed truck and have paragliding wind sails and a motor to carry their payloads.

Perhaps the greatest hurdle before we see such networks sprouting up in India and across the developing world will be fighting the fear that is associated with unarmed drones flying overhead. Pick a layman off the street and ask him to paint a visual of a drone, more often than not he would think of the silhouette of the American Predator drone made infamous by Hollywood and the news. It is therefore critical to ensure payloads are screened and drones are tamper proof and hijack proof. Drone accidents are inevitable and will need to be addressed.

Nevertheless what Red Line is attempting to do is both exciting and hopefully a step to the better. Being able to reach remote areas may also enable populations to move to these remoter areas and ease the burden on cities in the decades to come. Till then our eyes are on the skies.

Much ado about drones