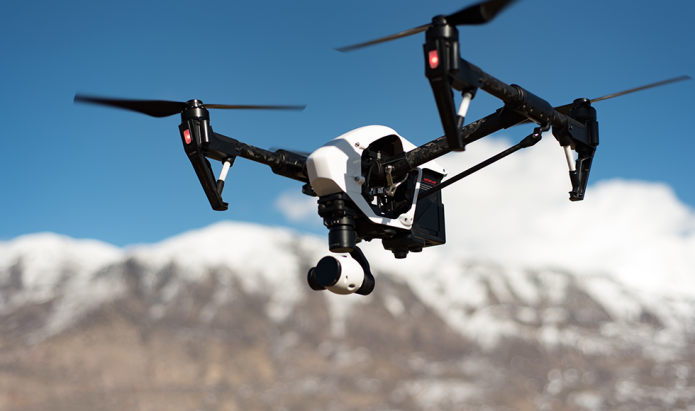 There was a time when drones were the thing of movies. Think Terminator toEagle Eye. It was cool to feature a predator drone in your movie, as cool as it was to feature an F117 Stealth Fighter or the B2 Stealth Bomber much earlier. It was just the done thing, a fad of film. In fact just like the Stealth fighter, the world was blissfully unaware of drones till one was shot down. However, in just a few years, drones have gone from being something that you would see at the movies or on the news to something you are more likely to see in your backyard.

Drones in your backyard

Perhaps one of the most popular commercially recognisable drones are the Parrot drones. Their success has not only seen multiple iterations of the drone but also seen them grow in various shapes and sizes as seen in the video above. These are drones that are in essence for fun. At first an expensive boy’s toy, smaller drones are fast becoming popular and are seeing some interesting real world applications.

Another important contribution to the rise of the drones has been the entire phenomenon that is the Go-Pro Camera and first person sports footage. Combine a Go-Pro with tailor made drones and you have a video recording platform that gives you the kind of panoramic footage that was only previously available to moviemakers. The combination of drones, cameras and some other clever technologies now mean that we even have drones with cameras that can follow users around shooting them. True its early days and obstacle recognition is a problem for most of these drones. Yet you have to admit those outdoor home videos just got so much cooler. Also in the day and age of the selfie, a drone lets you take pictures from a wider and higher perspectives. As a result you see some really stunning perspectives as seen here.

What else could you do with a drone?

As drones get cheaper and more accessible, we discover new applications for these motorised marvels. Take advertisers who use drones to deliver bottles of beverages to thirsty workers in high rises for example. Amazon planning to deliver packages using drones. Or how a drone was used to film footage of the aftermath of the Tibet earthquake. For the more light-hearted pursuit, there is now the sport called drone racing. Just like remote control car racing, but with drones.

How drones can change the world

We’ve come to associate with drones as something the size of either a small aircraft or a remote control plane or helicopter. The future is also small. Image a swarm of bee like drones. Each working together in unison, swarming for specific activities like search and rescue. And they all needn’t fly either. Drones the size of ants could help scour through the post-earthquake or natural calamity wreckage to find signs of life where sniffer dogs can’t reach.

The seas are just the next stop. Drones could get rid of all the garbage that we dumped in there. Unless we want the world looking like something that is straight out of Wall-E in a few years.  Fact is that the future isn’t that far off. There are already advances in robotics at this level. It’s just a matter of time till these are also available off the shelf. Drones can go to inaccessible areas that are otherwise hard to reach. Making it perfect for investigating forest fires and so on.

For the paranoid, yes such microscopic drones could also be put to good use in hostage scenarios or to spy on people. In fact the idea even has its place in the popular PC Game Splinter Cell Conviction. Armed forces already use spotter drones to give snipers unparalleled views of kill zones. I can just imagine Alfred Hitchcocks’s Rear Window being filmed in the day and age of the drone. That’s a remake just waiting to happen. Trust me.

A sky full of drones could also be quite the nuisance and could you imagine what would happen if one of these hobby drones hit a small aeroplane? Not much probably since most would be lighter than a pigeon. A nuisance though, which is why perhaps the FAA is trying to regulate the use of these drones, even by journalists. For example a drone hobbyist who was trying to use a drone to take pictures of the University of Virginia was fined $10,000 by the FAA. While many say this is a violation of the freedom of speech, it does make you think twice before you take to the skies.

What I’d love to do or see:

Whatever your take on drones, the fact is that they are now mainstream and here to stay. As an advertiser the question is how do we make use of them best. How about a pico projector mounted on a drone that follows shoppers around a store projecting QR codes whenever a person passes a certain aisle. A neat way to combine GPS and customised deals and offers real time. Just one of many nifty applications that are possible.