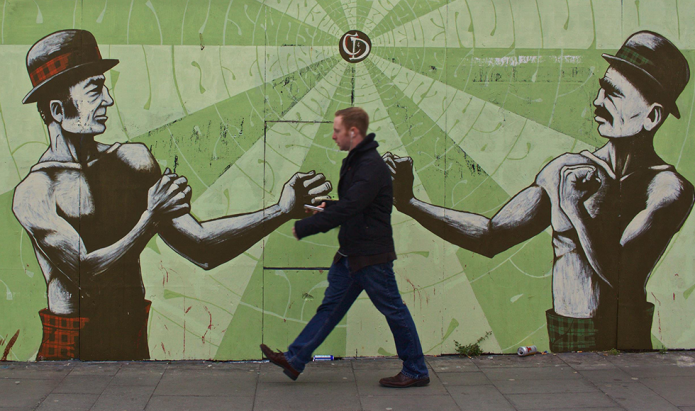 The changing face of advertising in India

It is interesting to see that two large agencies have strategically ramped up their interactive capabilities recently. The agencies being Leo Burnett (Publicis) who recently acquired Indigo Consultancy and JWT Singapore (WPP) that has acquired Hungama Digital Services.

As a founding member of an Interactive Agency myself, these moves makes a lot of sense. When traditional advertising agencies decide to grow digital roots, it takes a lot of patience and trial and error. The melding of two worlds does not happen without a lot of friction and heart burn. Added to this is the infamous attrition rate that advertising agencies face, amongst the younger end of the age scale. The result at times is agencies that are caught somewhere in between the capabilities of an advertising agency that outsources its interactive jobs and on the other side of the scale a completely digital agency. The move therefore for two big players to jump into the digital fray by fully absorbing very capable existing interactive agencies to leapfrog the competition, makes sense.

I’ve been thinking about the different types of agencies in India that are going digital. Here’s what I think about why you’d want to pick one over the other.

[one_third]The traditional agency that outsources its creative[/one_third] [two_third_last] This is an agency that has spent many a year making its mark in the print and offline space or in some cases – the media space. It has fought hard to differentiate itself and brought acclaim for itself. One fine day it woke up to find a completely new medium that was being lapped up by the masses and found itself needing to jump on-board the digital bandwagon.

The good: This is an agency that prides itself on being a purely creative agency. These are the pundits that croon that they are only focussed on doing the creative and doing it well. They have a network of experts that they can tap into to do the things that they can’t do in-house. In fact they are likely to be so big that they develop one rendition in house and ask vendors to develop renditions for pitches.

The bad: The messy stuff of making sites are managed by vendors. Designing sites in house leads a level on understanding of what is technically possible and what is not which may be missing.
[/two_third_last] [one_third]The traditional agency that is growing digital roots[/one_third] [two_third_last]This is one step beyond the traditional advertising agency. This is an agency that is dipping its toes into digital waters. It has a substantial amount of in-house expertise. However if you expect it to churn out the next Facebook, you can rest assured that they are going to outsource it. The team is composed of people who are both from advertising backgrounds and a handful of people from web-design backgrounds.

The good: Hypothetically this is the blend of both worlds and when these types of agencies embrace digital completely their expertise should ideally put themselves ahead of the game. With its vast expertise in traditional mediums, it is these agencies that are currently on the ball when it comes to churning out 360 degree communications. These agencies can often cut corners and churn out deliverables faster than other types of agencies.

The bad: These type of agencies can sometimes chew on more than what they can deliver. They have dreams of making it big that stretch their limitations. Since they do not traditionally have a digital background, you may find that there are fundamental flaws or things overlooked during the actual implementation of the project when compared to a purely digital agency. [/two_third_last] [one_third]The purely digital agency[/one_third] [two_third_last]These agencies have grown up being digital. They are a very structured environment where tasks and stakeholders are clearly defined (which is sometimes not the case as with the previous type of agency). They are strong on digital deliverables but when it comes to being creative about their solutions they can fall short at times. With the changing times however, even that is changing. These are the agencies that can churn out applications and full-fledged portals with ease.

The good: While most people may think that the deadlines often posed by these types of agencies seem to be quite exorbitant, it is these agencies that have burnt their fingers the most number of times in the past. They know how to play safe and account for the unknown. They are also very familiar with processes that exist in the IT field and help ensure for a product that is sound.

The bad: While technically sound, at times the processes kill creativity in these agencies. Red tape runs rife. Though a lot depends on the size of these agencies. Smaller agencies are often able to run lean and be effective.
[/two_third_last]