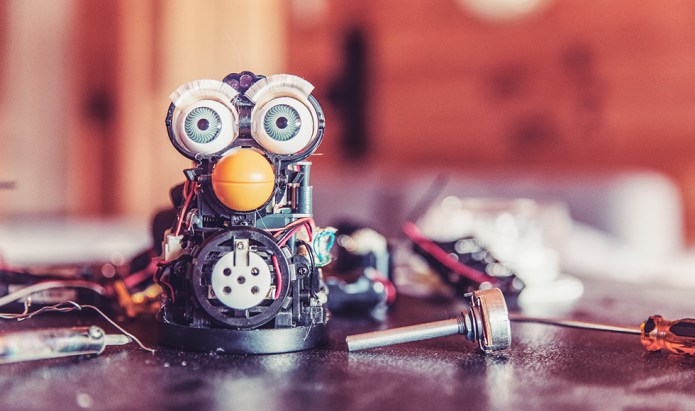 It’s interesting to see how robots are getting to be more popular day by day and how they are becoming entrenched in our lives. They are especially popular in the South East Asian countries which have seen a lot of developments. The first commercially viable robots that I remember were from the likes of Sony and Honda. You remember that dog from Sony and the robot that looked like an astronaut from Honda? Subsequently we saw intelligent robotic vacuum cleaners. Robots are used in manufacturing auto-mobiles in ways we can’t even imagine. Today Robots are now being designed as child’s toys, syncing with mobile phones and probably quite close to becoming virtual nannies. That’s not all; robots are being used to provide therapy for stroke patients, with their pre-programmed exercise routines. And would you believe it recently a robot married away a couple in Japan.

What could robotics offer the advertising sphere? Personally I think a robot that could switch hoardings is a robot that would have immense potential. The robot could install a new vinyl, remove the old one and then take a photograph of the final installation which is then uploaded online for quality control. Easier and what should ideally be the fore runner, I guess, a hoarding which can be preloaded with a month’s worth of vinyls that automatically cycles through the vinyls on a preset basis. And why not develop this robot in India? After all, a group of students from Chennai from Bharath University won the Spring Innovations Competition at Nanyang Technological University in Singapore. That would be an interesting sight to see.

A celebration of Ferrari

DHL Keep Up With the Clicks