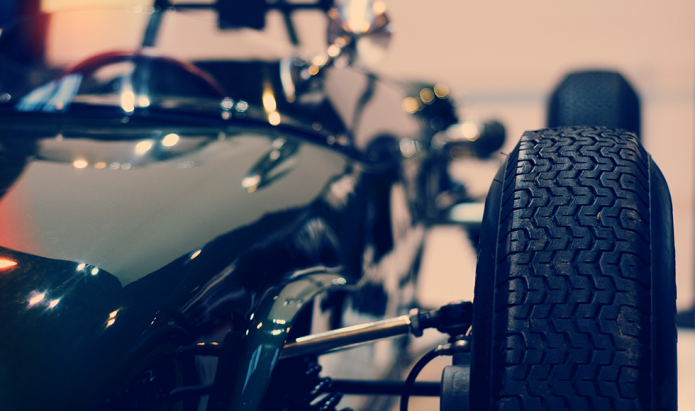 I recently got my hands on a copy of the 2010 documentary Senna that has won acclaim in the UK. The documentary revolves around Brazilian racing legend Ayrton Senna. Somehow though I wasn’t a formula one fan back then, I do remember seeing Ayrton Senna’s funeral on TV. The only time I had ever seen a driver’s helmet being placed on a coffin and being carried. The film is directed by Asif Kapadia and is written by Manish Pandey, so it was quite intriguing that two Indian names be there on a film about a Brazilian national hero.

What is quite striking about the documentary is that the film makers have amazingly captured the spirit of formula one of yesteryears. The in-car captures, the pit stops, the numerous safety cars, the team principles and life in the pit lane as a whole was so different back then. Today with the kind of television coverage we get of formula one we often take things for granted. The entire documentary has a grainy and old feel to it because it features genuine footage. There are happily no 3D re-creations or cutaways of anything in this documentary and once it catches your attention you are in for an adrenaline rush.

The battle between Prost and Senna that played a central role in his formula one career is well depicted in this documentary.  It is quite interesting comparing the rivalry between Prost and Senna in the Mclaren of yester years to the battles waging between Button and Hamilton when they both vie for position. And it is the adrenaline rush of this rivalry that has been captured very well in this documentary.

There has always been a lot of controversy around Senna’s death. This documentary stays well clear of it. It reminds us though that formula one was a very unsafe sport and that Senna’s was the last major fatality that Formula One has seen in the recent past.  Today the cars and the sport have become reassuringly safe and we can seldom imagine the scene of a formula one driver lying prone on a race track. Make no mistake, motor racing has learnt from its mistakes.