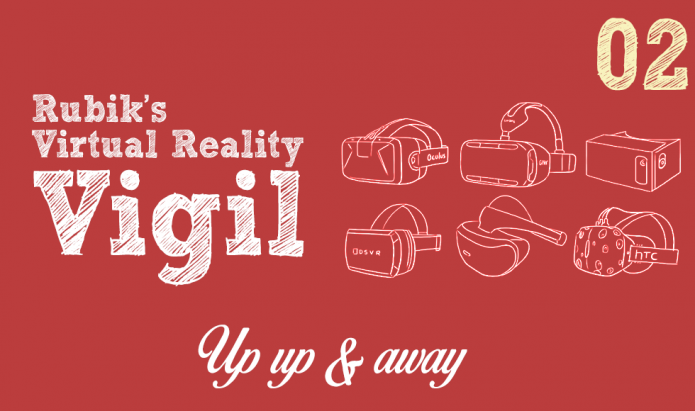 These are exciting times for VR, especially when you can literally take a walk in the clouds with your favourite stars. In a bold and exciting new move Etihad is launching a virtual reality movie starring Nicole Kidman, set on one of their plush Airbus A380 double decker. Viewers can experience this aircraft first hand as the movie takes you through the plane. What I would have liked to see though is a better trailer. I think the one released was a bit of a lost opportunity to really get people watching.

The world’s first virtual reality store by E-Bay and Myers is a brilliant concept. While it might not have the refined edges and scale and I am not too sure about the way the information architecture is structured I think the look, focus and navigate mechanism is an excellent system of trying to sort out complex structures. It reminded me of another Indian retail company that approached our agency wanting to make a virtual reality store run on a browser (since this was before VR became so mainstream. All in all, award winning stuff for the people who rolled this out.

The history of Mario

If you are a fan of the Mario series of Nintendo games, then scour the web for the VR experience of the history of this game. Akin to a virtual reality animated presentation you get to watch little Mario run and jump around as you see pictures of the popular titles of this series.

Now this is an interesting concept for a VR game. I do know that the frame rate and flicker problem in VR causes nausea while playing some games. I am curious though about what the sensation of motion like running while you are standing still really does for you though? This game eliminates that forward motion altogether by fixing your location and pinning you to another co-op player with some cool guns and swords. Looks like an interesting title to pick up, What I do observe from the video is that VR does require a considerable amount of movable space for you to play in. The guy almost takes out his tv screen with his waving motions.

Is VR the ultimate story-telling tool.