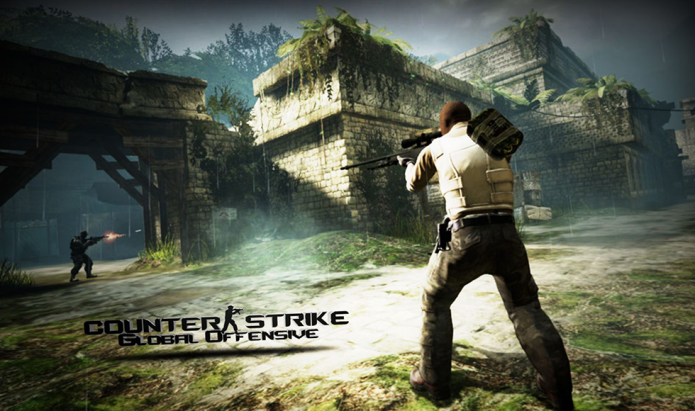 If there is one game that has truly caught on with the Indian masses it is Counterstrike. Having sold over 25 million copies abroad and taking the battle to earlier multiplayer market leaders, Quake 3 and Unreal Tournament, nothing has ever quite comes close in the Indian sub-continent. With multiplayer gaming part and parcel of every game the next step in evolution has been social gaming now being married with this concept. The story of how Counterstrike still holds Indians enthralled has something to do with the fact that you don’t  really need a powerful machine to play it. You had gaming parlours that were opened across the country whose sole business were hosting on the spot Counterstrike games. So much so that next to ‘NFS’ this is the next game that became a household name in India.

So why talk about something that is already common knowledge? Yesterday saw me in Lamington road once again to pick up a replacement of a Samsung monitor (that’s a story in itself). I was pleasantly surprised that while waiting in one of the shops, the shop owner received at least three to four enquiries for the new edition of Counter Strike Global Offensive. My interest piqued, I asked him how many enquiries for the game he was receiving. According to him he gets around 50 queries for the game in a week, which is quite impressive considering people want to shell out for the original version of this game and not buy it off the streets pirated.

As a digital strategist this set a small bell ringing somewhere.  I am quite certain in the months ahead we are going to see some brand organising a gaming championship based on CS Go very soon. After all the gaming championships in India are held primarily on three platforms – Counterstrike, Need for Speed and Cricket related games. If SKOAR magazine for example is going to have its yearly gaming exhibition, you can bet that this will be one of the things on the agenda. I wouldn’t be surprised if Gillette thinks of it as well.

Closer to home though, my office seems to prove that this game still holds its place in the hearts of the gamers what with certain employees having caught the Counterstrike bug. If people can squeeze in a little time, you definitely catch them trying to take pot shots at each other. It can be both quite hilarious and stress relieving at the same time and seems to strangely build a sense of camaraderie amongst the players in real life. What remains to be seen is how this new version, Counter Strike Global Offensive will curry favour in India. If the queries at Lamington Road (and the fact that the game is out of stock there) is any indication, Indian gamers are all set to be ‘Countersrtuck’ once again.